Back in the day whilst tendering my service as a kindergarten teacher I planned made costumes rehearsed songs and took part in dress rehearsals for many a kindergarten plays and PTA showcases. Walking the hall with my class – single file with hands behind their backs – into the backstage entrance. Parents would try to catch a glimpse of their lil’ pilgrim Indian or elf – whatever the theme might’ve been. Never mind whether the children sang on key – or sang at all – or did what they were supposed to: the parents were still elated – so proud of their little ones.

Some parents cried while laughing at their cute little offspring. I can remember feeling stressed because so many parents wanted me to pose with their pilgrim or elf and I simultaneously was trying to smile so little “Johnny” would have his picture to reminisce about Kindergarten all the while trying to keep up with my class of 21. Whew! I often wondered- what will it be like to be sitting in the audience comprised of other proud parents watching my child singing songs reciting a poem etc. Will I really take  that many pics when it’s mine? My mind pondering the deep thoughts of future parenthood.

It is my turn now!

Today was the big day. Kenimer – my first born son – had his first Thanksgiving celebration. The parents were invited and asked to bring a side dish to enjoy at the feast afterwards. Myself Shannon and Tucker arrived with cameras charged – ready to have a flash-fest our homemade pumpkin pie in hand. The director made her speech and it began: the single-file line of Pilgrims and Indians filed in. My heart lept as I anxiously looked for my little Indian boy. Then I saw him: feathered hat drawings on his face etc file onto the stage and began to sing. His next gesture was amazing and I will never forget it. He turned his head and saw his Pipie (granddad) Allie (grandma) Mom Dad and brother Tucker. He very loudly greeted each one of us from the stage while the songs were being sung.

OH HEY MAMA! OH THERE’S PIPIE! THERES ALLIE! HEY PIPIE! HEY ALLIE! HEY TUCKER!  ”He then proceeded to count loudly “There one PIPIE; 2 ALLIE; 3 MAMA; 4 DADDY; and 5 TUCKER.” Five of his favorite people were there to see him. He sang and did the motions interjecting every third or fourth line to shout “Hello!” to one of the five people who were there for him.
And yes in case you were wondering I did take that many pictures I did shed tears I did laugh hysterically. Have you ever seen a cuter Indian boy?

A few of the pics and a short video for your entertainment. 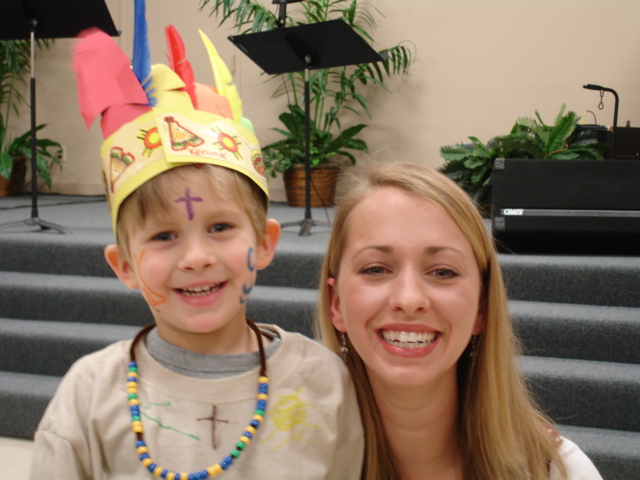 My turn now…Kenimer’s Thanksgiving Musical from Shannon Lewis on Vimeo.

Spontaneity and Relaxation: Ringing in 2011 Lewis- Style
New Years Eve plans for us were as follows: Stay home.

Sunday Mornin' - the Bus is a'Waitin'....
Yesterday was a most favorite day in my book.

How "The Help" solved a mystery...
I bought my home seven years ago, drenched in 1940's charm and laden with 56 years of  history, deterioration and antiquity.