Last year shortly after our home was burglarized and other stressors began to surface I became overwhelmed and physically felt the effects of not taking care of myself. I was feeling so frazzled always behind and not quite able to get control of life.

I called a wise friend to process my immense stress. This dear friend stopped me mid-sentence and said “Cyle, your breathing is very labored – I can hear you gasping for air- you are also not taking deep breaths.” She went on to explain that by taking short gasps of air I was actually causing my body more stress which added to the emotional stress I was already experiencing.

This is when I learned the importance of deep breathing. This tool has has helped me through some very stressful times.  Deep breathing combined with scripture meditation can really calm an anxious mind.

My dear friend and worship partner Christine Vales asked me to lead worship with her at a retreat that took place this past weekend.  Ironically the retreat was called  BREATHE. 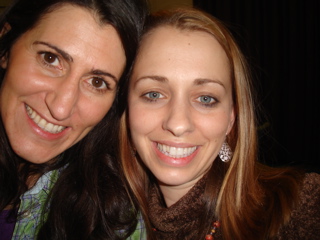 The entire weekend was focused on breathing struggling to breathe awareness of breathing etc. I was continually reminded to be still quiet and just breathe.  With new seasons on the horizon this weekend could not have come at a better time.

We were immersed with scriptures of God’s love and his spirit wooing us to just be quiet. Be still. We were contantly reminded of all the names of God. We were constantly led in deep breaths. 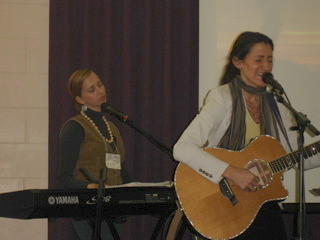 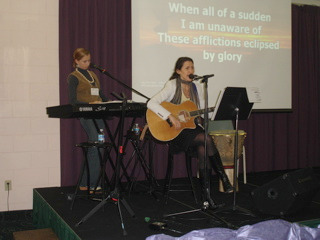 Christine and I had a refreshing time together… we laughed a  lot encouraged one another and our spirits were united in worship.

The weekend highlight for me consisted of two things:

First while rehearsing the set-list I was listening to one of Chrstines originals for which I was supposed to find a piano part but it just did’nt seem to be there.  I kept beating on the computer desk thinking “I wish we had someone to play Djembe.“

We were rehearsing and there was a drum sitting around so I just picked it up and started playing when Christine said “That sounds great! Play that at the retreat!” Sure I thought – I don’t know anyone there. The first drum song went so well that I played it on three more and I had a ball… I loved every second of it. 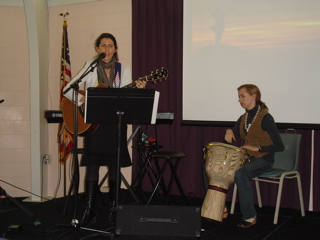 Two years ago while pregnant I bought a djembe video and used to play along with this tribal guy who talked crazy talk about going back to rhythyms in the womb or something. I did this for several weeks but got busy and never touched it again.

This weekend it was like my mind just told my hands what to do and it worked. I love learning new things or discovering things I might be able to cultivate into a skill.

Ok- so Shannon was uploading the pics and he found this clip that a girl at the retreat took with my camera… He made this video… He’s sweet!

Oh- and the second hihglight of the weekend will be in the next blog! This one is long enough!

Love You Forever.
It was a normal bed-time routine.

Photobooth Fun: Tacky Christmas!
Shannon and I both at the same time said " let's have some people over tonight after the kids go to bed".

Waterfalls in Town?
I have found something quite peculiar about the charming downtown of Greenville, South Carolina.