We didn’t visit the Big House in Sautee Nachoochee for Thanksgiving like we usually do, partly due to my parents traveling overseas and my siblings spending the day with their in-laws.

The prospect of organizing the big feast was daunting – downright intimidating- especially the turkey business. When your feasting with the parents they always provide the meat and the adult children bring the side dishes, right?

I think I just grew up.

I grew into an adult who is capable of buying and preparing a turkey and a ham and organizing a Holiday meal. We shared the day with three families who were all in the same boat – spending Thanksgiving without family. I didn’t realize they were all northerners until my friend said -“Thanks for hosting us northerners”!

And there you have it, Thanksgiving with the Northerners. We feasted, we shared our thanks, we walked on driftwood beach after the feast, then returned to the house for coffee and desert. 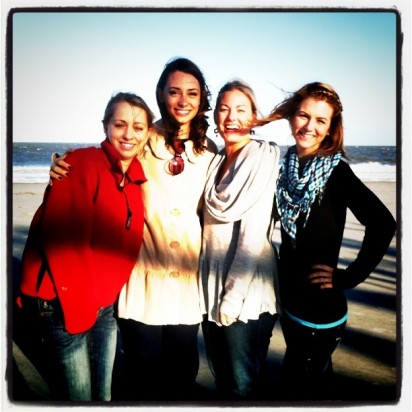 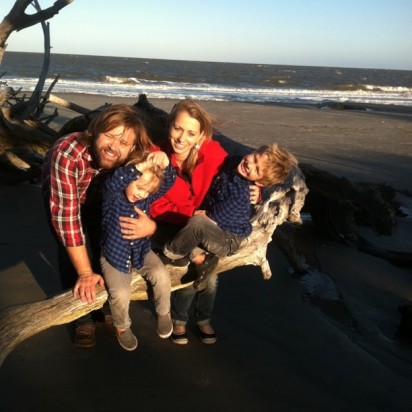 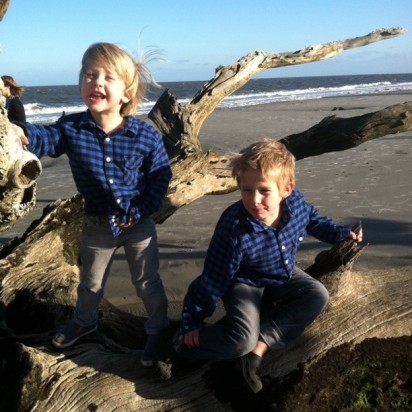 The best part of the day: The girls gathering at the dining table, coffee and desert in hand while pouring over black Friday ads. We made our plans, giggled and talked about what treasures we were going to land. We divided into teams of two and planned to meet up later in the night. Team 1 was actually brave enough for Walmart while team 2 played it safe and stuck with Target.

The coffee was brewing at 9:45p.m. and my household was long succumbed to slumber.

I was giddy with excitement – I kept thinking “I am one of those people”: . Then I pulled up at Target immediately gawking at all the people lined up. I saw people I knew, had reunions with old friends, finding my place in line conversation was electric, while  stories of trampling, hyper-ventilating and other horrors at Walmart flickered through the line like lightning bugs. The wal- mart sales started earlier so many shoppers were easing into the line at Target while processing the saga of Wally World.  Occasionally a  horn would loudly blare while a manager recited the rules of safe shopping. It was like elementary:

Then when our group of 30 was allotted into the store it was like walking into Heaven, ok, not really-  but it was nuts how exciting that stroll into target was, like there was red carpet under me and a symphony playing around me?

I kept speaking truth to myself:  this is target – I can come here ten times a day if I want.

I felt privledged to be among the first 150 people allowed in the store while the other latecomers had to suffer at the back of the line until their chosen 30 were allowed to enter. I ran from place to place with map in hand swiping all the amazing deals, I had carefully planned. My team mate and I worked together beautifully, one of us would man the buggy,  while the other raced through the crowds of people to grab items on sale.

So, yes my kids got the $ 20.00 dollar razor scooters among other things that were significantly on sale. It was a lot of fun, standing in line, feeling deliriously tired, in fact I was so tired that I turned around rapidly and busted right in the middle of the target aisle- I fell face first, it was embarrassing and it hurt, but no worries, I got my deals and I have a chiropractic appointment this week. 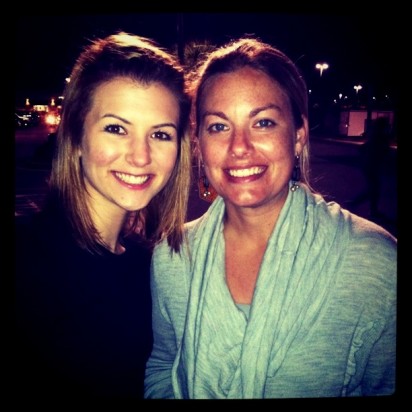 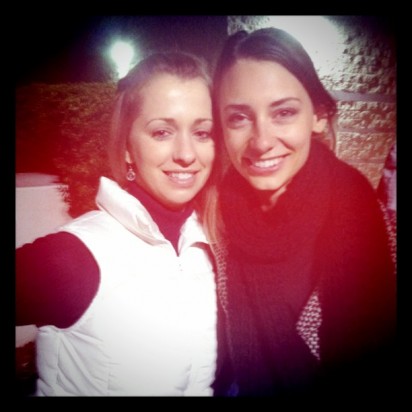 Beyond all of this, I will never forget meeting team 1 at Fire house subs,  the only restaurant open at 3:30 a.m. That frenzied shopping made us hungry! We  shared stories of victories, deals conquered and the insanity we had seen.  We laughed and laughed some more, really thats all you can do when your up at a restaurant eating after a shopping spree at 3:30 a.m.!!!!!! It made me feel like I was in high school all over again. Fun times!

Almost a year had passed since I’d been writing articles for WYIM publications, the writing adventure that found me. A handful of articles, some photography, styling and I was creatively alive with something new.

The thought of writing locally would occasionally bounce around in my skull but I would quickly rebuke the thought until one day, on a confident whim, I called a local editor. A pleasant conversation and a few-emails later and we had an appointment.

I sat down with the editor in an open office space, They all appeared to be working and not paying attention to me at all except when I said something funny, then they would laugh. This caused more nervousness and I talked even faster, and tried to be funnier – you know the routine, right? it’s that nervous conversation stuff.

Somewhere in the middle of showing my work and talking about my recent discovery that I could write, the editor said “I think I have something for you if you are interested, We are starting a new column that will feature different artists who make things BY HAND“.

I nearly fell over, I wondered if she had any idea how much I love artists – how I live and breathe for that beautiful community where artists are enjoying each others gifts, seeing hope and encouragement, and sparking it in others? I tried to professionally state that this would be a perfect fit, trying not to sound too excited. I walked out of the office and nearly skipped down the steps resisting the urge to break into a full happy dance.

As I replayed the conversation, these thoughts danced happily ” I get to interview artists, hear all about their craft, ask questions – {the best part} and write an article about the art they create BY HAND”?!?! 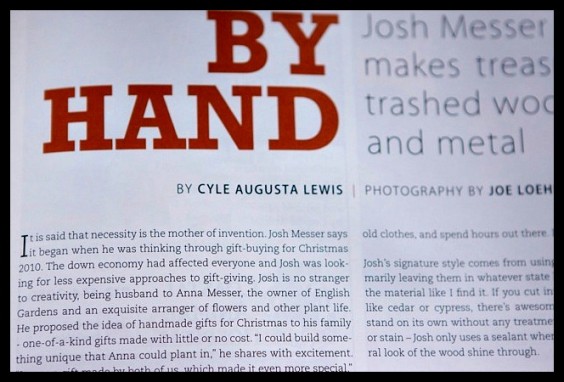 I soon found myself knocking on the door of Josh and Anna Messer, neighbors whom I already respected as gifted artisans. I knew Anna from her floral business in Old Town Brunswick, English Gardens – her arrangements and plantings were always accented with such neat wooden boxes, old metal and driftwood.

What I did not know is that her husband, Josh was garnering quite a reputation for building unique, functional, and decorative pieces out of trashed wood, rusted metals and driftwood. Josh was to be the first By Hand feature.  The article can be read here 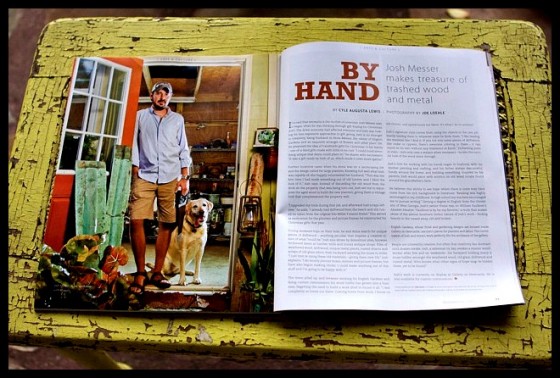 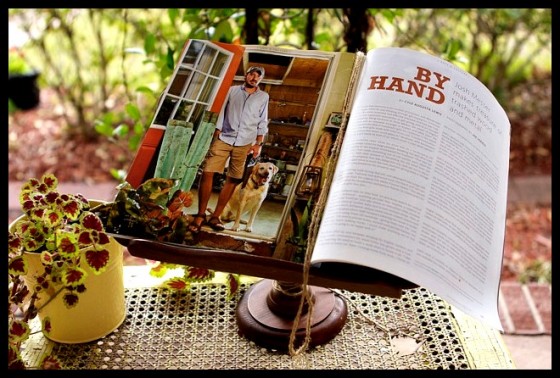 Last week, while walking on the beach. I spotted this piece of driftwood, and my son picked it up and used it as a sword so getting it home was easy. I think it looks lovely in the red vase. I may even string some lights around it for Christmas. Thanks Josh for inspiring me to look beyond a mere stick to see what it could really be. 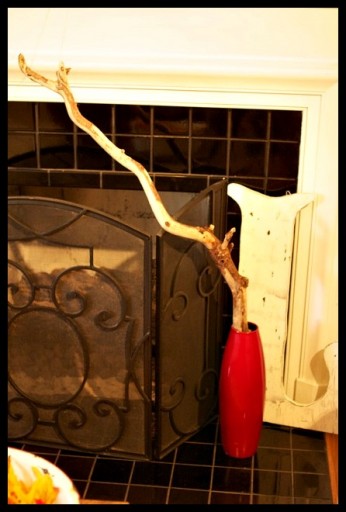 As is seen during an artistic renaissance, any healthy, mature artist (I’ll admit it – there are many artists who are NOT this) is happy to see their art ignite others to awaken their own gifts, – it is the insecure artist who is threatened by the wave of inspiration that is the natural response to encountering true creativity.  I’m excited to continue to inspire, and be inspired by what others are making BY HAND.

I was recently asked by my MOPS team to present some DIY Thanksgiving table decorating ideas, so I stayed up late the night before (in true hopefarm house-wife fashion) and came up with these creations. Since I started working on them after stores were closed I had to get really resourceful and use what was on hand – or what was laying in the front yard:) 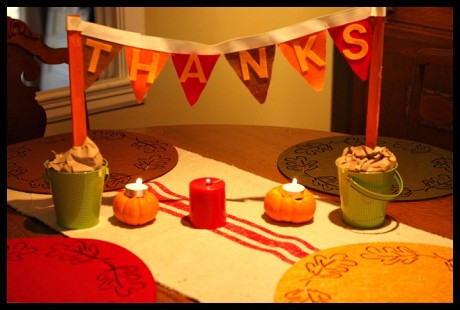 1. Thanks Table-scape: Who knew you could carve the top off  baby pumpkins and drop a tea light in there?! Next year I want to line my mantle with the illuminated pumpkins.

I made the banner by cutting out different colored triangles from felt and gluing them onto ivory colored ribbon. I spelled thanks using felt adhesive stickers. These stickers come in a pack at Michaels for $2.99 – use your 40% coupon and there is a fun crafting deal.

The banner was glued onto  Lowes paint stirrers.

TIP: these free paint stirrers are great for crafting, especially when you paint them!

These tin cans were bought last summer at target dollar aisle, I stuffed the cans with floral foam and pushed the paint stirrers into the foam. The finishing touch was wrapping brown packing paper around the can to cover the foam. You could also use Mason jars for a cool look.

This decoration would also look neat on a mantle, window sill, or on a buffet. 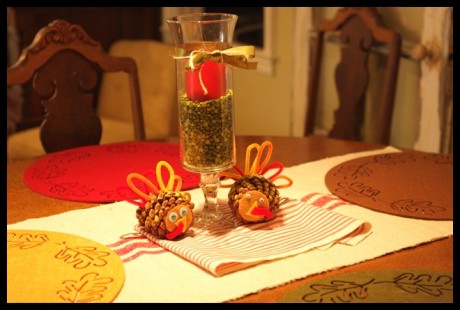 Turkey Peas! Table-scape: This lovely hurricane vase was made for $2.00. I showed the MOPS ladies how to make these at a homemade gift demonstration back in October. I had an extra one and wanted to put it to good use.

The bottom part is a glass candlestick holder and a round vase from the dollar store. The two are glued together using gorilla glue. I added some split peas for a natural look, you could also use popcorn kernels or any dried beans.

The turkeys were a project I did with my boys. We cut out a beak, nose and head from felt and glued it on the pine cone and then attached googly eyes. The wings are made with fall colored pipe cleaners.

My kids LOVE pipe cleaners. They will spend hours making men out of them. 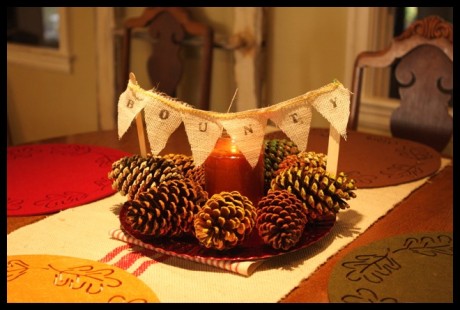 If your yard is anything like mine you have PLENTY of pine cones. I gathered a bucket full and painted them with fall colored acrylic paints. I glued the pine cones in a circle and made a small team banner using ivory burlap and attaching it to ribbon and securing on popsicle sticks. The sticks are glued into the pine cones.

A pumpkin spice candle from Michaels is lit in the middle for a scented warmth accent! This was my personal favorite table-scape:) Too bad I didn’t win it 🙂 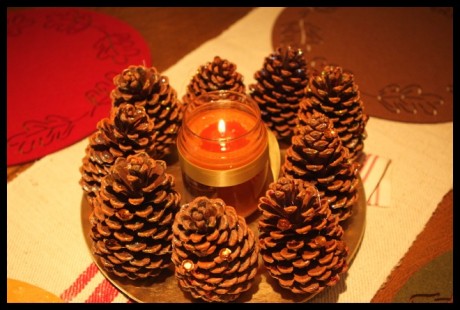 The last table-scape was meant to be dressier for a formal table. I had a pack of assorted colored glitter glue from the dollar store. I was just  getting started when the boys walked in and begged to help. I couldn’t say no to a crafting plea.

I let them have it and they glittered them up something fierce. The picture doesn’t show the sparkly extravagance.

The pine cones were wired together using floral wire and after they were glittered the boys glued sequins on them. The pine cone circle is sitting on a gold charger with a pumpkin spice candle in the middle. The candle lit illuminated the glitter and really was beautiful. Too bad I didn’t win this one either. Guess I’ll have to make another one!

I hope you are inspired to make something unique for your Thanksgiving table!