It was the second time I’d heard a particular “Radio Minute with *Whose’em-Face” (Whose’em-Face being whoever the fellow was with his succinct stories with a witty moral at the end). I was thinking to myself, “Why can’t this guy just hurry up and say his stuff so I can hear some music!” This story was vaguely familiar and I knew I’d heard it recently… just a few hours before.

The guy was talking about his regret with his father: he had written his dad a tribute but was unable to share it with him due to an early death by heart attack. He described the deep desires to share these things with his father while he was still alive.

Funny thing I was hearing that twice on Wednesday – my dad’s birthday was the next day.

As a tribute to my Dad (one day late for his Birthday – with 2 boys in the house, sometimes life happens) I want to say that he is one of the most involved, present, and loving fathers – I’ve heard stories of others, and my Father just seems to stand above the rest. He does his best to represent Jesus to us, and he gives advice and perspective rooted in deep wisdom and love for Jesus.

Over the years I have seen him grow tremendously in his own realization of Father God’s heart for him, and this change has been very evident in his own fathering, grandfathering, and shepherding of his congregation.

He has overcome obstacles and has seen the Lord use him in many impactful ways.

He is a pioneer and refuses to consider re-tirement – only re-FIREment (i.e., he’s not spending his later years on a long vacation, but instead is continuing on in Holy Spirit-led ministry)!

My dad is the BEST!

I love you Dad! 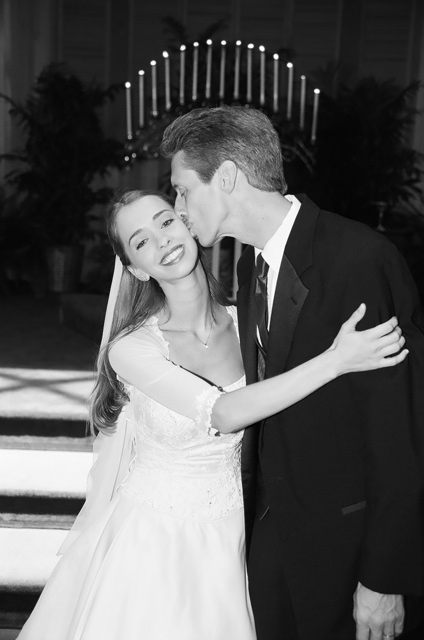 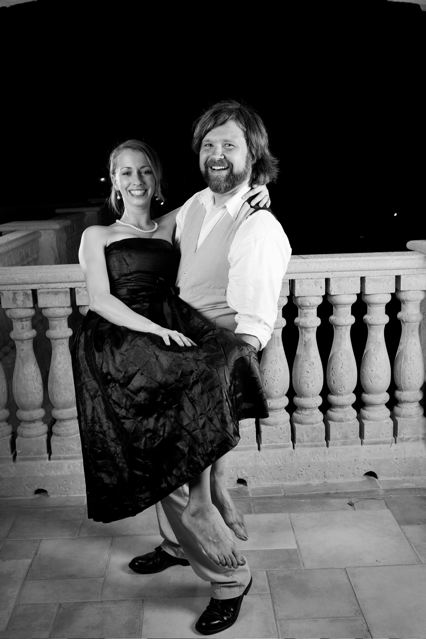 “Oh how I love thee… Let me count the ways” – the title of a children’s book came to mind when thinking about my recent anniversary.  One week and two days ago commemorates the day; July 17, 2004. Eight years ago.

We celebrated even though it had been a rough week, and I had been robbed of sleep due to a rare, pregnancy symptom. My Dr. was exploring the condition with blood work and the happy news is that I have the symptoms under control with meds and I am sleeping again, which is the very reason I’m just now writing this post!

We celebrated with dinner at J. Macs, followed by a kid-free night spent with some of our best friends over dinner and board games. The following morning we woke up early to go get my blood drawn – YAY (sarcasm noted)!  As promised, my husband took me on a trip to Home Depot to buy supplies for one of my anniversary gifts: an eight foot farm table to hold our growing family and friends! I can’t wait to see the masterpiece he constructs.

Confession: We came home from our anniversary dinner at 8:15, picking up the kids from my sisters, who was in shock that we were home so early. Oh well, so is life at 22 weeks of pregnancy.

So, why do I love my husband, right now at this very moment?

He is thoughtful: He texts me daily saying “How are you?”, “Wow is your day going?”, and “How are you feeling?”

He strives to be the best dad: recently he has been devouring a book called “Wild Things: the art of nurturing boys”. He is constantly telling me what the book is teaching him and it makes my heart go wild with joy.

He is very willing to complete home repair jobs and will build me just about anything that I request.

He is gifted in so many ways and it is an adventure living life with him.

He patiently listens when I am struggling with an issue, pointing me to Jesus, and reminding me of truth.

To my best friend, the father of my children and my teammate, may there be eighty more years to this union! I love you!

P.S. I just have to post this picture where you look like Brad Pitt walking up out of the barn with the handsome boys… thanks to the amazing Sarah Deshaw for capturing this moment. 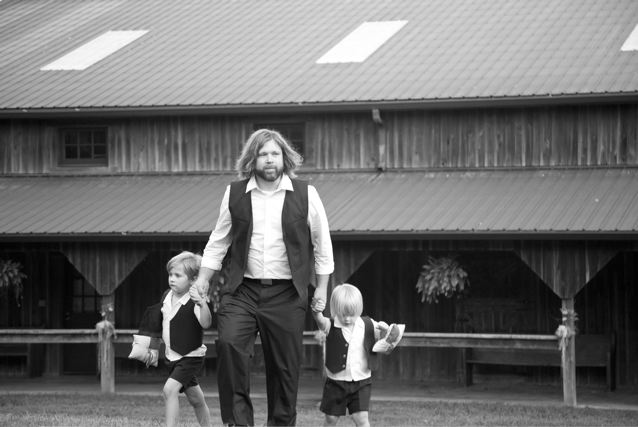 My oldest – 6 – and Shannon, my husband, were roughhousing last week and I heard a pause, followed by a long sigh and, “Oh no – it looks like this boy has my teeth.”

Rounding the corner wondering what that meant, my husband relayed childhood horrors of having teeth pulled because his would grow in behind the baby teeth without either falling out on their own, leaving two rows of teeth, and visits to the dentist.

Sure enough my precious boy had the same scenario playing out in his mouth, and was terrified at the thought of having his tooth pulled (as any 6 year old would be, right?) I promptly called the dentist who instructed me to have him wiggle it and hopefully loosen it and come out on it’s own.

I mentioned that to my “big boy” and he was game, fully on the plan. I even caught him on the counter with toy tweezers trying to operate on himself – he pulled and wiggled as it became looser and looser, and was ecstatic, saying “I can’t believe this is happening!”, “I must be dreaming this!”, and “This is the most exciting day of my life!”  I assumed he was excited about the tooth fairy – I mean, what a GREAT deal!  You lose a baby tooth and the tooth fairy takes it away giving you some moolah! Even though we had never taught him about the “tooth fairy”, since he brought it up, we talked it up and he played along. 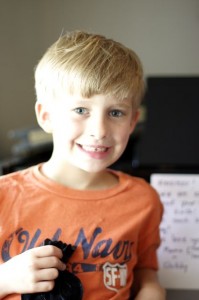 The big day came when he was chewing on his new snorkel, stopped, gasped and exclaimed “MY TOOTH FELL OUT!”   We, of course, immediately became detectives trying to track down the tiny tooth on the kitchen tile. Finding it, he did a happy dance all the way to the pool!

Later that night I went out to meet with a friend and around 8pm I got a text from a concerned daddy that read “We have a tooth fairy problem – our big boy is VERY worried about the tooth fairy and wants to hide his tooth from her!”

I returned home at 10 pm to get the scoop, my boy could not go to sleep: he was very concerned about the tooth fairy and DID not want him to take his tooth (he is nostalgic like his mama). He was very upset and said he didn’t want the money – he would rather keep his tooth, begging his dad to hide it, he even cried and said the tooth fairy was sparkly and scary and he did not want her to come.

So in the morning over breakfast I began to talk with Kenimer. I’m not gonna lie – I was a little sad that I didn’t get to swoop into his room as the tooth fairy and bring delight to him by leaving some real cash. His daddy and I exchanged a few nods and quickly made the decision to tell him the truth about the tooth fairy.

Daddy: ”Kenimer, do you know who the tooth fairy is?”

Daddy: “I know the tooth fairy and she is really just a nice lady who loves you very very much, she’s a special person to you and is going to take your tooth and put it in a safe place since that is important to you – she cares about you and cares about what is important to you! The tooth fairy story is a make-believe story and the whole thing is a reason to celebrate a milestone, losing a tooth is one more step towards growing up!” 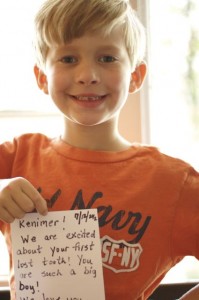 My boy exploded into the most amazing smile and hug, when he realized, pointed to me, and was overjoyed that the tooth fairy was someone he could trust that loved him.

He smiled a toothless grin and said “You’re not really sparkly but I like this idea better.”

A few hours later he came to me with the ziploc bag in his hand and proudly proclaimed “I’m gonna put the tooth under my pillow tonight!”

MORAL OF THE STORY: in this case the truth was much better – in fact it seemed to set Kenimer somewhat free from his fear.

who ever came up with the whole tooth fairy idea, anyway?